The Future of Work: Tech Leaders Talk About the Shift to Virtual Offices

A conversation between Virbela’s founder and tech leaders, including Philip Rosedale and Kristie Grinnell, reveals how companies use virtual worlds now and what’s next.

During The Future of Work panel at Hands In 2022, Virbela’s first-ever user conference, leaders from the corporate and tech worlds shared their experiences and upcoming plans for transitioning to virtual spaces.

On a Developing Metaverse

Fink, Howland, and Rosedale kicked off The Future of Work panel discussing the evolution of the enterprise Metaverse. Virbela is the most advanced Metaverse available for use today, but Howland is the first to admit that Second Life paved the way.

Charlie Fink: The Meta company, formerly known as Facebook, put forth its vision for the metaverse, presented at Oculus Connect in October 2021 . . . But, in fairness, Zuckerberg has been talking about the metaverse ever since Facebook acquired Oculus in 2014. The Metaverse chatter started to increase well before Meta changed its name.

Mark Zuckerberg himself defines a metaverse as a 3d web . . . Alex, when you started working on remote collaboration, did you think of Virbela as a metaverse? Was that a word you were even using ten years ago?

Alex Howland: Honestly, I don't think I'd heard the word back when we started  . . . I was definitely seeing and inspired by things that were happening in a platform like Second Life . . . Seeing how people were using open simulators, how clinical psychologists were using virtual worlds for therapy were part of the inspiration.

But we were also putting on things in the live environment like assessment centers, where we bring high potential leaders into the physical world, and we put them through games and simulations over the course of a few days and give behavioral feedback on their leadership competencies, their teaming skills, and those sorts of things.

And I thought,  wow, using these types of technologies, we can create communities with people from all over the world. But we can also immerse them into even more interesting dynamics, inspirations, and games in these environments. And over time, maybe train the software to give some other feedback, so those were some of the founding elements and, absolutely, Second Life was a big inspiration.

Philip Rosedale: I think what we've all learned is that remote work works—and Virbela is leading the charge here, for example, in terms of there being a lot of people in the room at the same time, which is very, very important for this type of gathering.

But I think we also learned that there's still a great challenge lying ahead in getting everybody comfortable with joining a meeting like the one we're in right now. It's still the early days in terms of making, you know, the average person that we just went and grabbed off the street somewhere comfortable being an avatar, and, more particularly, communicating as an avatar.

That’s still happening in Second Life, but you know, it's still at this scale of a million people, rather than the sort of social media scale that we ultimately aspire to see the metaverse be.

Grinnell gave the audience a clear understanding of how DXC Technology scales its virtual programs for its own staff and for partners. Focusing on the flexibility of metaverse, especially in tandem with other tools, lets DXC scale as needed.

Kristie Grinnell: As CIO of a very large company globally, that operates virtual first, you want to make this big, big company feel small. So the metaverse enables a scaled company like we are at 138,000 employees in over 70 countries globally.

It’s a really big deal for us to be able to come and gather people all in one auditorium to share a town hall or messages about our company. It also matters to be able to have the rest of the experience this creates, where you can have what we call casual collision. You're able to have interaction with people that you wouldn't normally meet [over video only].

Alex Howland:  . . . ​​I'm not someone who says there's no place for video. I think there really is, particularly for really small groups or getting to know each other.

But it drives greater silos because video meetings are all happening in parallel. They're not interconnected. And you don't have this sense of togetherness, you can't walk around. I can’t bump into some of my team members on a video call, right? And when a person ends a video call, it ends for everyone.

Kristie Grinnell: Think about how we used to work in the office all day, and I can tell you how we use Virbela.

As an example, we just had a sales kickoff with over 1000 people in our EMEA region, who all came together for the day to really connect around the sales and revenue goals and learn how we're going to go after the market together.

We used to all go to happy hour or we used to all fly into a major event. We still want people to be able to connect and have those conversations, so having the soccer field or the beach in Virbela provides people the opportunity to do that.

And then there's other things that are way more serious than just an event. If you’re trying to solve a problem, it can be hard to do in a video collaboration room.

But if you have more room here, we can go in, you can go out, you can go take a break. You can come back and use the presentation tools along with the chat feature and those sorts of things. It can really start to mimic a true war room that you would use in solving a problem. As an IT company, those things happen for us all day.

On Where the Metaverse Is Headed

Charlie Fink: What are we really talking about with interoperability in the metaverse? What will and won’t happen going forward?

Philip Rosedale:  . . . Where we need to get to—for governance, socialization, work purposes, and everything else: Moving our identity across multiple worlds is the first order of business. Appearing to others the same way, containing identity facts or information you want to share, so that other people in the audience would recognize you.

That's the kind of interoperability we need to be building, and I think that . . . will probably be at the top of the value list, moving avatars between worlds.

Charlie Fink: Inside Virbela, you’re inside a walled garden with all your clients. Others may have similar worlds, but they are also walled off.

Alex Howland:  Yes, that's the request of most customers right now. Things like privacy and security are most important to a lot of our big corporate clients—and all our clients, which is very understandable.

The challenge of the path forward is how do we provide those high-walled gardens for organizations who want it, but still find ways to easily jump between different parts of the global ecosystem of Virbela campuses.

You can even use eXp as an example. They have a campus that they use just for investor meetings, shareholder meetings. So think about being able to jump between worlds—some should require SSO to get into, say, the realty part of the ecosystem, but they might want open access to the investor relations group.

Another example might be that you leave your corporate office in Virbela and maybe go to Stanford or MIT's version of Virbela to get professional development there.

We should be able to move smoothly between these . . . There's also the international element, right? We live in a global economy, and there’s importance to building cultural competency and gaining empathy for people in different parts of the world . . .

It will also be a blend of what we do in the digital world to support what's happening in the physical world.

For more, watch The Future of Work panel in full and follow Virbela on LinkedIn. 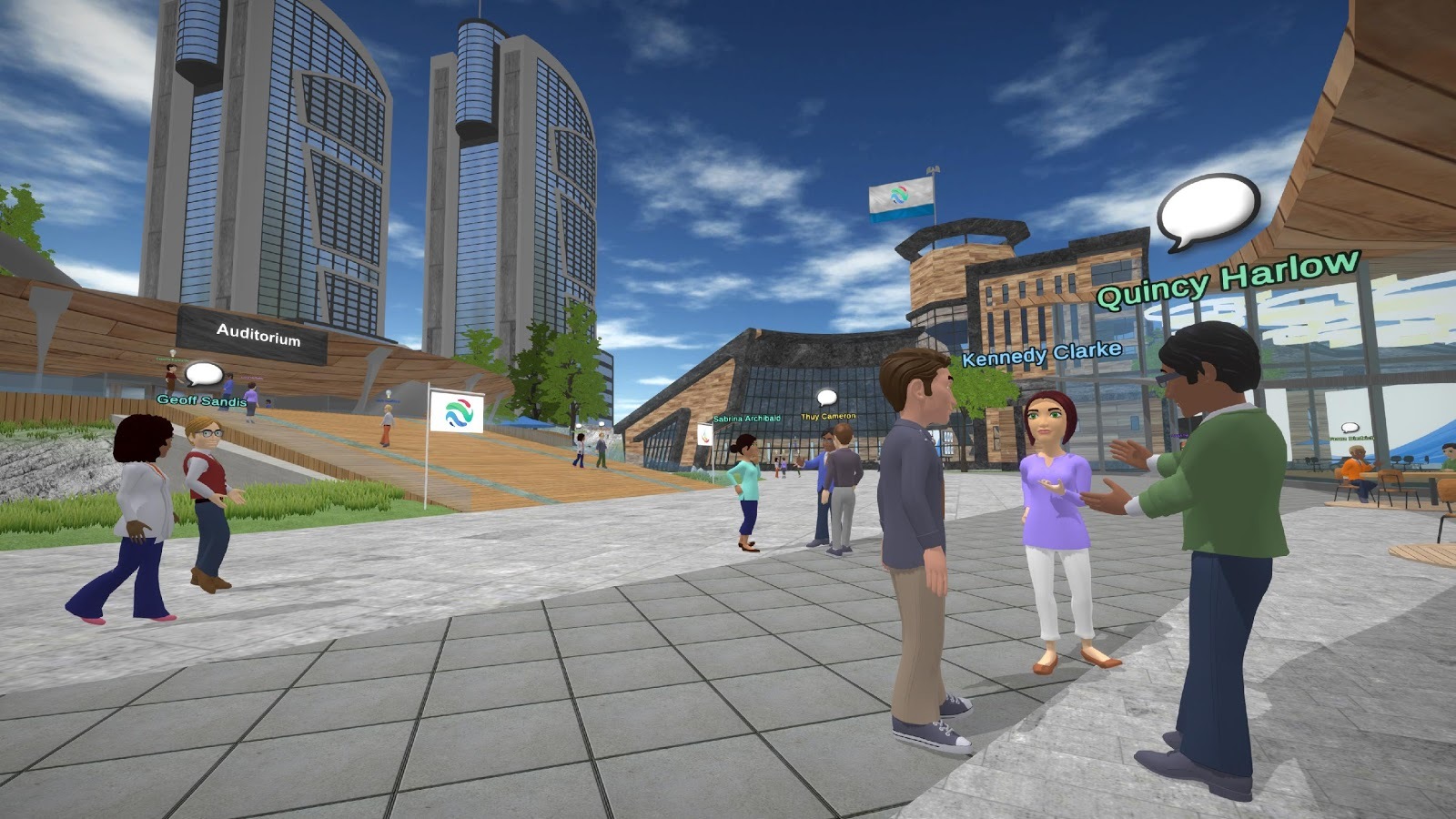 Looking Back at a Year of Transformative Growth
Read More 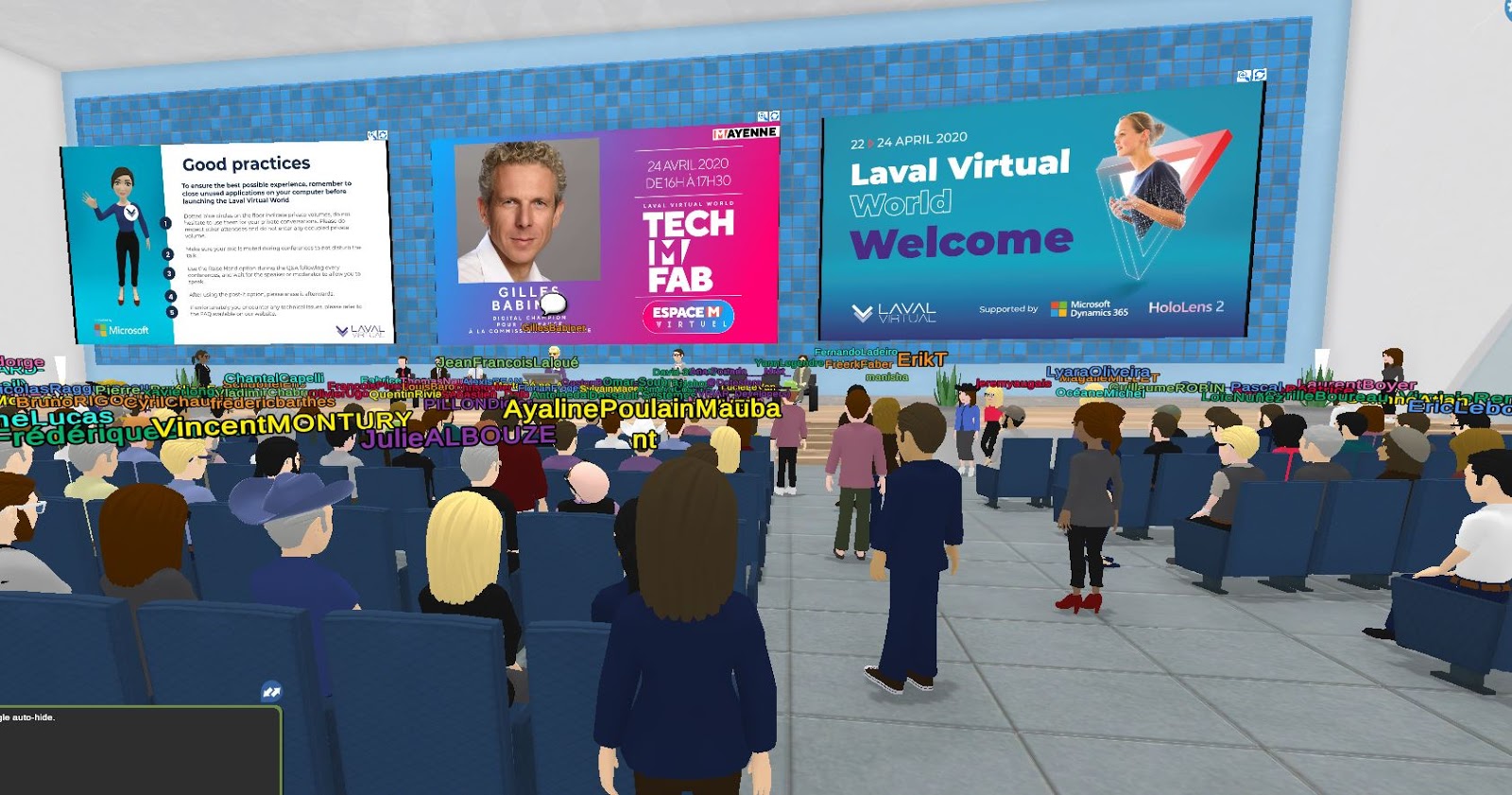 Remote Workforces: Taking the Lead to Design the Companies of the Future
Read More